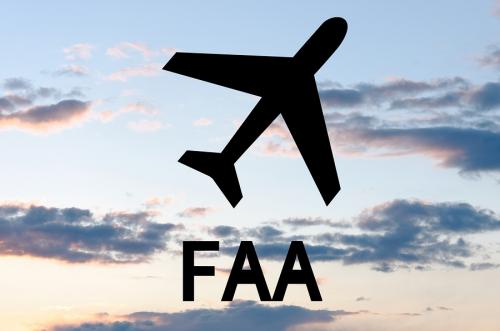 This matter is pending before the United States Supreme Court in Southwest Airlines Co. vs. Saxon (No. 21-309), a hypothetical collective action on wages and hours. The court heard oral argument on March 28, 2022. (Only eight of the nine justices participated. Judge Amy Coney Barrett was recused from this case.)

The Court’s decision is expected by the end of June. This may determine the extent to which employers can enforce arbitration agreements involving a wide range of employees under the FAA.

The FAA Transportation Worker Exemption excludes from FAA coverage “contracts of employment of mariners, railroad employees, or any other class of workers engaged in foreign or interstate commerce.” 9 USC § 1. The pleadings dealt with the meaning of the terms “marine”, “railway employee”, and “foreign or interstate” when the FAA was enacted in 1925, as used in other statutes enacted at that time, and as interpreted by the Supreme Court ever since.

In recent years, the scope of the exemption has become an important issue in class actions.

Southwest Airlines loading ramp supervisor Latrice Saxon sued her employer. When the airline sought to compel arbitration of her dispute under the parties’ arbitration agreement, Saxon argued she could not be forced to arbitrate because she was a ‘transportation worker’ exempt from FAA coverage and therefore the agreement was not enforceable.

A federal district court found that the transportation worker exemption did not apply in this case and ordered arbitration. The United States Court of Appeals for the Seventh Circuit (which has jurisdiction over Illinois, Indiana and Wisconsin) reversed, in a March 31, 2021, decision. The appeals court found that although the employee was not personally transporting goods or people in interstate commerce, she was an essential link in the interstate commerce chain and, therefore, exempt from the FAA.

The United States Court of Appeals for the Fifth Circuit (which has jurisdiction over Louisiana, Mississippi and Texas) came to the opposite conclusion in Eastus vs. ISS Facility Servs., Inc..a 2020 case involving similar facts.

The Supreme Court granted the airline request for review to resolve the circuit split on the issue of “[w]Workers who load or unload goods from vehicles that travel in interstate commerce, but do not physically transport those goods themselves, are interstate “transportation workers” exempt from federal arbitration law.

The parties argued over whether the transport worker exemption was intended to affect entire industries or just particular categories of workers within those industries.

Southwest Airlines’ attorney argued that the exemption “only reaches classes of workers engaged in foreign or interstate transportation.” By using the term “seamen” rather than “maritime employee”, he said, Congress intended to exempt only workers on board a ship, often on long voyages, and not stevedores – Earth– shore-based freight shippers – or other shore-based maritime workers.

Applying this reasoning to the case, he argued that “[c]argo loaders don’t work on airplanes, just like longshoremen didn’t work on ships. He offered as an operative test, “[d]o does the class of workers mainly work on planes or trains? This would translate for the airline industry into a distinction between aircrew and ground staff. The flight crew is analogous to sailors. Ground staff are not.

Saxon’s attorney told the court, “If Congress wanted to exempt from the FAA only those workers on board an instrument of commerce that crosses state lines, it could easily have said so. Instead, it excluded labor contracts for seafarers, railway employees, and any other categories of workers engaged in foreign or interstate commerce. She argued that the Supreme Court had repeatedly held that the loading and unloading of goods “was not incidental to the transport or connected with the transport, but was in itself a transport, that it was a trade in itself”.

In rebuttal, Southwest’s attorney pointed out, “This is not a commodity-focused investigation under the statute. The investigation under the law relates to the actual movement of the goods. He urged the Court to follow the approach taken by the Seventh Circuit in Wallace vs. Grubhub Holdings, Inc., a 2020 opinion written by Judge Amy Coney Barrett: “[The] test is that transport workers are those who are actually engaged in the movement of goods in interstate commerce. It is not enough simply to have a connection with the movement of goods … the working class must itself be engaged in the channels of foreign or interstate commerce and in the way that seafarers, in particular, were and that railway employees understood well in this context were.

The transportation worker exemption “must not be interpreted in a way that creates a gaping hole, undermining the purpose of Congress” in enacting the FAA, Southwest’s attorney insisted.