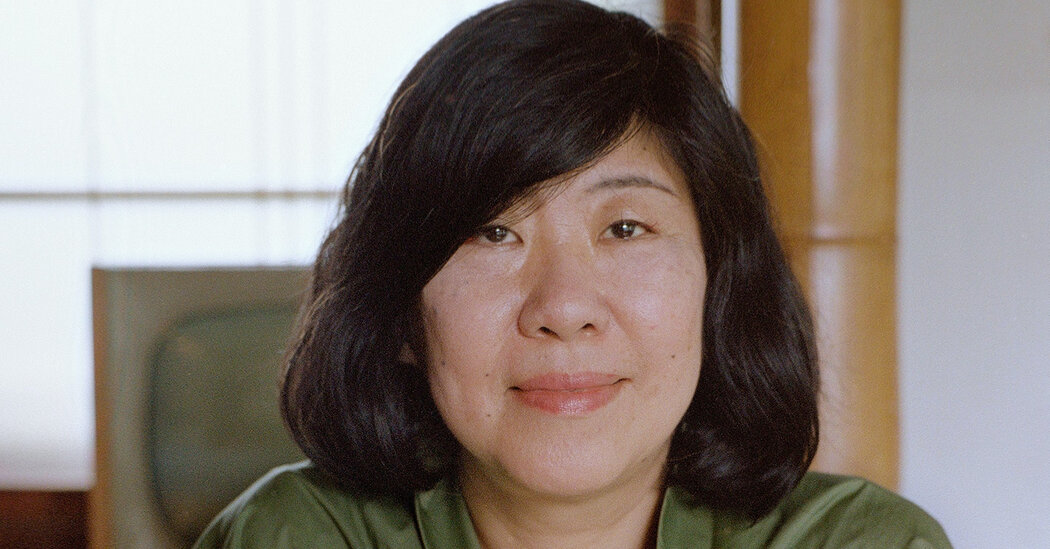 The five stories in Banana Yoshimoto’s “Dead-End Memories” collection – first published in Japan in 2003, it’s his 11th book to be translated into English – are strange, melancholic and beautiful. At the center of each is a woman negotiating the quiet fallout of her personal story.

In “House of Ghosts”, a young woman finally encounters the ghosts of an elderly couple in her new lover’s soon-to-be-demolished apartment. Ghosts go about their mundane lives, seemingly unaware that they are ghosts. They make the narrator “uncomfortable,” she says: “Ghosts probably lived in ghost time – time that passed in its own strange way, somewhere completely distant from ours. Couldn’t we mix it up, if only a little, deprive you of some of the vitality you needed to live in this world? As the living couple’s intimacy deepens, the ghosts’ strange emotion intertwines with their anxiety over the impending destruction of the building, and with it their temporary relationship. After the narrator and her lover separate, their paths meander as they grow older in a way that brings a smile to the reader’s face. “This life seemed simple at first glance,” Yoshimoto writes, “when in fact it existed in a much larger stream, as vast as the seven seas.”

In “Mom!” — one of the most brilliant stories I have ever read — Mimi, an employee of a publishing company, is poisoned by a disgruntled colleague. Running beneath the long, slow current of her physical recovery is Mimi’s parallel spiritual transformation: “Those days – this dream – had revealed something inside of me and changed it. Like a pet bird that accidentally ventured out of its cage, the incident drove me from the world I had known.

The title story follows a gullible young woman who discovers that her fiancé has been cheating on her for months. On her leisurely and often fun road to self-discovery, she finds a companion in Nishiyama, a desirable bartender who works for her uncle. As they share close quarters, their friendship turns into something like love. “I knew that under our separate skies, Nishiyama and I were both so alone that it hurt physically,” she thinks towards the end of their time together. “And in my mind I saw again the view from the upstairs window and the quiet golden world where the ginkgo leaves fell and settled forever on the ground.”

Two shorter entries move away from this warmth and this tenderness to enter into a strange anxiety. “Not Warm at All” takes the form of a memory of a childhood friend who was murdered, and “Tomo-chan’s Happiness” follows a young woman trying to find love after being raped at 16. While there may be superficial similarities between the stories – about boyfriends, family tensions, horrific incidents in the narrators’ pasts – each feels distinct, rich in its own way.

Yoshimoto’s leading women are lonely and blindered, but not in the way I’d expected from the tangy, elegantly stern fiction of writers like Rachel Cusk, Aysegul Savas or, lately, Jhumpa Lahiri, whose narrators tend to experience failure or a lack of desire to integrate into society. Yoshimoto’s lonely women have more in common with the single characters of, say, Bernard Malamud or Leonard Michaels or Haruki Murakami. They also resemble, in their clumsy but striking agency, the characters in Alice Munro’s best short stories about the young woman, by turns comical, sad and out of connection.

The pungent fictions of English-language literature of the past decade—grounded in the idea of ​​passivity as agency in a violent, dystopian, capitalist hellscape—are sharp and observant; but sometimes they leave the reader wondering: When can the books be hot again? When will we be able to feel feelings again? Yoshimoto’s protagonists go out and act, they feel, they express, if only to themselves. Even in their solitude, these characters are part of something, whether it’s a relationship, a friendship, a family, a workplace, a society, a world. .

These stories made me believe again that it was possible to write honestly, rigorously, morally, about the material reality of the characters; write towards human warmth as a reaffirmation of the ties that unite us. It’s a book of supreme hope, which feels important because it shows that happiness, while not always easy, is still a worthy subject for art.

Brandon Taylor is the author, most recently, of “Filthy Animals”.