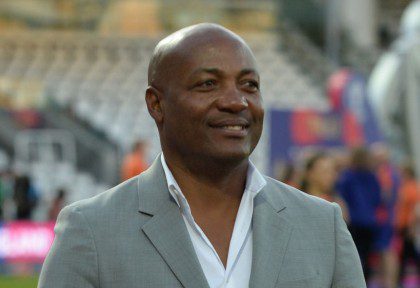 in Australia. Batting icon Brian Lara has been named by Cricket West Indies (CWI) as part of a three-member panel that will review the West Indies clash early release recent Twenty20 World Cup

Two-time former champions West Indies lost two of their three qualifiers to Scotland and Ireland to miss the T20 World Cup Super12 main draw, and CWI said on Wednesday the three-member group “will undertake a holistic assessment of all aspects of the team’s preparation and performance at the World Tournament.

“CWI is fortunate to have such a capable and completely independent panel willing to serve West Indies cricket in difficult circumstances,” said CWI Chairman Ricky Skerritt. “I am particularly grateful to them for their commitment to devoting some of their valuable time to this important review project.

“It is essential that players, coaches, administrators and all of us who love West Indies cricket recognize that creating a sustainable learning culture, across the organization, is a prerequisite for player growth. and improving the team.

“Decisions based on emotions and reflexes have failed many times in the past. I am confident that this independent World Cup review process will produce findings and lessons that should be of great benefit to our cricket system in the future.

As part of their work, the three-member group was also tasked with reviewing selection strategy, squad and player preparation, player and staff workload, player development and the role of the Caribbean Premier League in preparing the team.

The recommendations are expected to be presented to the CWI Board of Directors by December 15.