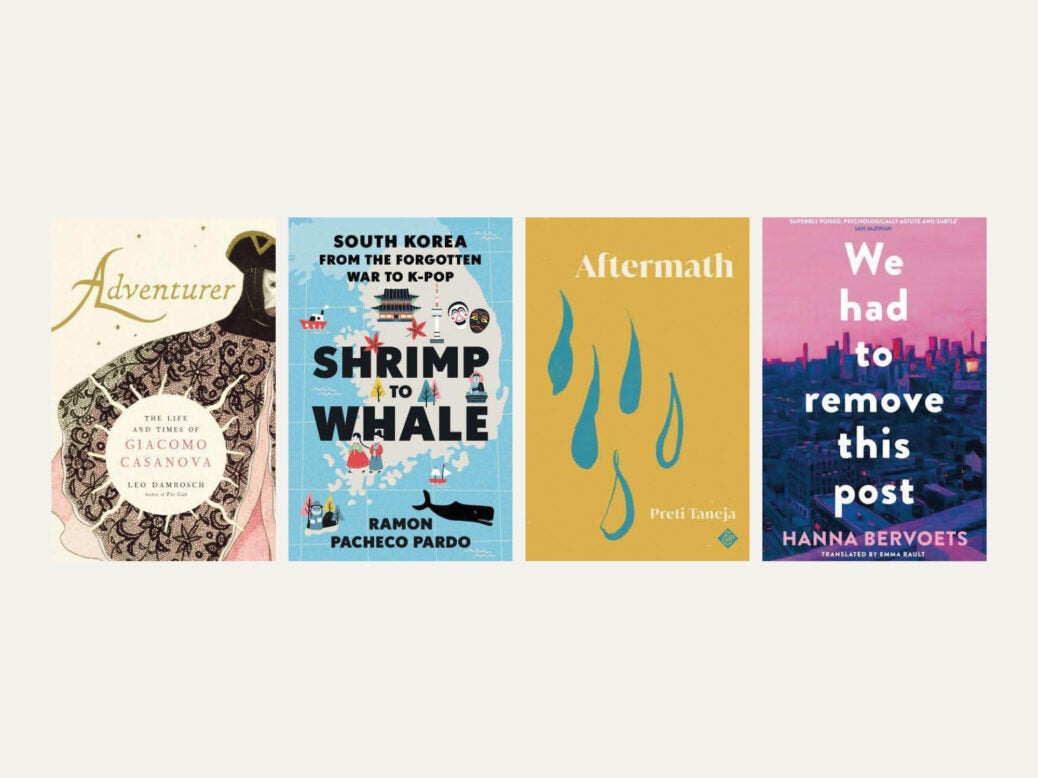 From Shrimp to Whale: South Korea from the Forgotten War to K-Pop by Ramon Pacheco Pardo
Hurst, 280pp, £25

“A bear gave birth to Korea. Or so the legend goes. Ramon Pacheco Pardo begins his gripping tale with a long history of the ancient kingdoms and warring empires that once ruled the Korean Peninsula before it was divided in 1945, and the modern states of North and South Korea founded in 1948. The title invokes the old adage that Korea is a “shrimp between whales”, always in danger of being crushed between the major world powers. But the author argues that South Korea has long since passed that representation and now deserves to be considered a “whale” in its own right.

This is not a dry historical tome. International relations professor Pacheco Pardo declares his love for South Korea, weaving his personal memories (and travel tips) into the narrative. It chronicles the rise and fall of authoritarian rule, the origins of chaebol (literally “wealth clan”), industrial conglomerates and the “Korean wave” that has brought the country’s films and K-Pop music to international acclaim. Yet with rising income inequality, the growing threat from North Korea and a new president dividing Seoul, a bright future is by no means assured.
By Katie Stallard

[See also: Philip Pullman on the end of the Costa Book Awards: a blow for children’s literature]

Consequences by Preti Taneja
And other stories, 226 pages, £12

If the terrorist incident at London’s Fishmongers’ Hall in November 2019 was heartbreaking, a double connection to the event made it even more so for Preti Taneja. Jack Merritt, who died in the attack alongside Saskia Jones, was the novelist’s colleague. She had also taught striker, Usman Khan, creative writing during his time in prison. Taneja’s approach to dealing with such idiosyncratic grief is both personal and political. She identifies the systems complicit in the act: colonialism, racism, Theresa May’s “hostile environment”. She questions the use of writing lessons in prison and the very purpose of prisons.

It is a difficult book to read, because of the subject matter and sometimes also because of Taneja’s intellect – his desire to turn to literary theory or to break events down into their philosophical components. But it’s too bold in its experimentalism, its reluctance to conform to the genre, to let grief rest easy. In Consequences Taneja guides us through “the atro-city” – a place, “the outside world looking inwards”, as much as an event – ​​and wonders if together we can find a way out.
By Ellen Peerson-Hagger

Licentiousness is, in contemporary language, problematic. Giacomo Casanova (1725-98), the great seducer, may be a fascinating historical figure but, notes his later biographer Leo Damrosch, his story “is often disturbing and sometimes very dark”. Not all of the bed-breakings that Casanova recounted in his own version of his career, Story of My Life, were entirely consensual: there were many willing wives but also pre-teens, daughters prostituted by their parents, mother-daughter trios. and, in one case, his own daughter. Casanova’s release clause was that he believed that women too had a right to pleasure and, what’s more, he was in love almost permanently. Casanova was more than just a libido, however. He was a mathematician, lawyer, man of letters and librarian – as well as a trickster, gambler and liar – whose professional and personal impulses took him across Europe, where he met many great men of the day. . A contemporary said that Casanova “would have been a very handsome man had he not been ugly” but ugly or not, morally reprehensible or not, truthful or not, in Damrosch’s deft and balanced narration none the less no less exciting.
By Michael Prodger

[See also: The Case Against the Sexual Revolution: liberal feminism under attack]

We Had To Remove This Post by Hanna Bervoets, translated by Emma Rault
Picador, 144 pages, £12.99

Content moderators at an anonymous social media company are transformed by the abuse and conspiracy theories they control – that’s the premise of We had to delete this post by renowned Dutch author Hanna Bervoets, her first book to be translated into English. It starts with racist and homophobic jokes; then the characters begin to apply the content rules to their real lives. When a man looks like he’s about to jump off a roof in the real world, Kayleigh, our narrator, decides this video “isn’t allowed.” Then a co-worker becomes a Dish Earther. Kayleigh is appalled but admits that “at this point I mainly knew arguments in favor of the idea that the Earth was not tour”. These parts of the short story – which follows a flurry of sharp, social media-sensitive books such as Patricia Lockwood nobody talks about it – are the most insightful. The other characters and Kayleigh’s life outside of work aren’t as well developed.

Bervoets uses stripped-down language to evoke the desensitizing effects of social media. At best, you don’t see the horrors coming until they’re upon you, but the denouement in particular feels rushed.
By Matthew Gilley

[See also: Ottessa Moshfegh and the tedium of depravity]

This article originally appeared in the June 15, 2022 issue of The New Statesman, The great slowdown